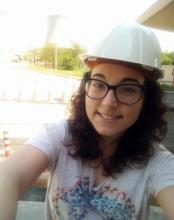 Urbanization, population growth and production needs of food and every day goods, but above all the excessive use of fertilizers in crops and the increasing production of new chemical compounds, result in a significant reduction in available potable water reserves and in their qualitative degradation. One of the most important problems of surface and groundwater is the presence of nitrates and other nitrogen compounds. The presence of these compounds in POTABLE water causes undesirable effects on natural systems (such as eutrophication) and in humans (such as methemoglobinemia, blue-baby syndrome, and various forms of cancer) making it essential to develop technologies to effectively remove them.

Various treatment methods have been studied until this day, however in recent years researchers have focused on the electrochemical treatment of potable water and in biological denitrification systems as they, achieve high yields with small operating costs and are environmentally friendly.

Electrochemical denitrification is a treatment method based on the movement and separation of ions in the solution under the influence of an external electric field. Its arrangement consists of cathode and anode electrodes where anion and cation exchange occur. The process takes place on a small surface of electrodes and there is no use of chemicals before and after the water treatment. Depending on the material selected for the anode and cathode electrodes, the process that is performed is either electrochemical reduction or electrocoagulation.

Biological denitrification is a treatment method carried out by appropriate microorganisms’ cultures using NO3- ions as the ultimate electron donor under anaerobic conditions. Hydrogenotrophic denitrification is a promising method of nitrate removal. H2 is an excellent choice of electron donor due to its pure nature, ease of production by electrolysis in the laboratory, low biomass production, as well as the removal of it or its agents is not required from the treated water.

Also, to reduce the operating costs of the processes, renewable sources of energy from α photovoltaic and a wind turbine were used for the power supply needed.