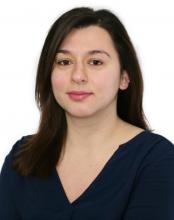 The high rate of atmosphere pollution by gaseous pollutants which are produced by the combustion of various fuels, led to strict rules for the quality of exhaust gases, mainly in developed countries. Moreover, the Greenhouse Effect led to blame the carbon dioxide as pollutant, which means that any fuel which contains the atom of carbon (even if it is burned with complete combustion) is a pollutant, too. Fossil fuel prices are constantly increasing and there is the opinion that these fuels are rapidly exhausted.

World energy demand increases, while the fossil fuel stocks are reduced. The future energy requirements and the serious pollution of our environment turns the research interest in replacing non-renewable energy sources by other energy sources such as hydrogen, which is the simplest, lightest and most common element in the universe.

All of these introduced the idea of “Hydrogen Economy”, where the fossil fuels will be replaced by hydrogen for any kind of energy demand. According to this idea, hydrogen will produce power via fuel cells.

The aim of the present thesis is the investigation of low temperature fuel cells, using hydrogen as a fuel and specifically the triode operation of fuel cells.

Specifically, in Chapter 1, a brief review about the “Hydrogen Economy”, the hydrogen sources, production methods, storage and distribution is presented.

In Chapter 2 of the thesis fuel cells technology, the operating and thermodynamic principles governing them are described. Characteristics of fuel cells, the state-of-the-art materials used on them are extensively also presented. Finally, data regarding applications and revenue of fuel cell stack are given.

The steady state multiplicities phenomenon of PEM fuel cells using Nafion membrane is presented in Chapter 3. This phenomenon was observed for the very first time in the Laboratory of Chemical and Electrochemical Processes (Department of Chemical Engineering on University of Patras) in 2004. During this phenomenon, current–potential curves of Proton Exchange Membrane (PEM) fuel cells exhibit, under certain conditions, steady-state multiplicity, i.e. for a fixed current value, there are two corresponding cell potential values and thus the current versus potential curve exhibits a local maximum. In this chapter the theoretical model that has already been developed about this phenomenon is presented. The experimental set up and the results of changing basic operating parameters in the PEM fuel cell under steady state multiplicities conditions, such as the temperature of the fuel cell, the hydration of the membrane and the poisoning conditions on the anodic side, were also presented. The overpotentials of the fuel cell were also investigated using the current interruption technique. In any case, there was always comparison between the model prediction and the experimental results.

In Chapter 4 the triode fuel cell innovation is presented. Triode fuel cells and triode operation were developed in the same Laboratory in 2004, in the beginning for the case of Solid Oxide Fuel Cells and afterwards for Proton Exchange Membrane Fuel Cells. Triode operation is an alternative approach for enhancing fuel cells power output under severe poisoning conditions, which lead to high overpotentials. In this chapter, an extensive analysis of the triode operation mechanism is presented, as well as the results of the mathematical modeling based on Kirchhoff's laws and the numerical solution of the Nernst Planck equation using the finite elements method in the electrolyte are presented. The results of the developed mathematical modeling indicate the parameters to be considered for optimizing the triode fuel cell design.

In the 5th and final Chapter the experimental configuration, procedure and experimental results of triode fuel cell operation, are described in detail. Experiments carried out using a modified state-of-the-art fuel cell and a new designed fuel cell made of PTFE, based on the mathematical modeling results. The role of the geometry of anode and auxiliary electrode, as well as the role of carbon monoxide composition in the anodic feed stream and the fuel cell temperature during the triode operation were investigated. In addition, the triode operation was applied in a high temperature PEM fuel cell using PBI membrane and hydrogen as a fuel. The investigation of a methanol triode fuel cell is also presented. In any case, there is a very good agreement between the mathematical model developed and the experimental results obtained. Finally, it has been observed that the enhancement of a fuel cell due to the triode mode of operation depends on the operating conditions and the fuel cell manufacturing parameters.